What Rush and other Canadian bands taught me about Canada 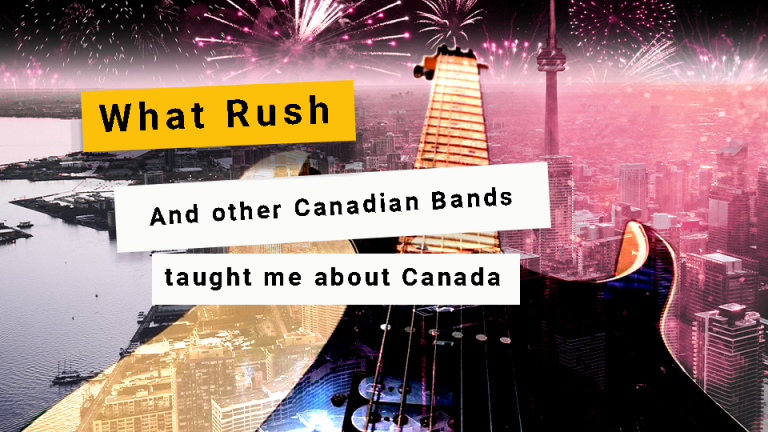 The album Moving Pictures by Rush, the legendary Canadian band from Toronto, came out in 1981, this February 12, 2022, the band released its 40th anniversary edition. Moving Pictures is their 8th album, it is one of their best know works and one of their highest selling albums. In this record I found two important references to Canada. The first one is its cover. If you live or have been to Toronto, you might have visited Nathan Philip Square; that’s where the big Toronto sign is located. The backdrop of that square is the Toronto City Hall; from there, if you walk towards the Eaton Center, you’ll find a much more interesting building; the Old City Hall. At first, I thought the entrance of this building was the place where the cover photo was taken, an easy mistake. The photo was taken not far from there, at Queen’s Park Legislative Assembly of Ontario. Both buildings were designed in a Romanesque Revival style now known as Richardsonian Romanesque; and to be honest, both entrances look quite similar.

The second reference is the third track of the album, the instrumental piece YYZ. It was named after the IATA airport code for Toronto Pearson International Airport. It gets more interesting: YYZ in morse code is ( ▄▄▄ ▄ ▄▄▄ ▄▄▄    ▄▄▄ ▄ ▄▄▄ ▄▄▄     ▄▄▄ ▄▄▄ ▄ ▄ ). The pattern is used as part of the song’s intro. The dashes are played using eight notes and the dots using sixteenth notes.

130 km Northeast of Queen’s Park we get to the town of Omemee. This community is one of the largest in the Kawartha Lakes City. Omemee was the early childhood home of rock musician Neil Young. In 1970 the song “Helpless” was released in the album “Déjà vu” (Crosby, Stills, Nash & Young – CSNY). “There is a town in North Ontario” is the opening line of the song. The name of the town is never mentioned but Neil Young cleared up the rumors in a 1995 Mojo interview. This song is about Neil’s childhood memories.

The Death South is a bluegrass band from Saskatchewan, Regina. In April 2014 they released the song “In Hell I’ll be in Good Company”. The video of their wildly successful song is a small journey around Regina and other parts of Canada. The video might have been a nightmare to edit as it was shot in 30 locations and there are hundreds of shots. The song is amazing, and the video is fun to watch and identify known locations such as Yonge Street (Carlton and Gerrard St area), the CN Tower and ChinaTown (Is Baldwin St considered part of ChinaTown?) and then look at not so nice or known locations but somehow every bit as Canadian as the others.

“Oh… Canada!” is not the name of the National Anthem, this one with the “h” and the three dots (…) is the name of a song by rapper known as “Classified” (born Lucas Boyd). The song is a proud celebration of what it means to be Canadian stereotypes included. Along the way, he mentions the well-known poutine, actors Jim Carey and Mike Myers, and hockey icons Wayne Gretzky and Sidney Crosby. His attitude is also very Canadian, as he puts it “Yeah, we laugh at off, that don’t really bother me look, we ain’t serious unless you really gotta be.”

Maybe you can also read: 3 books to Start Loving your Fellow Robot