What happened to Generation Y? Should we Keep Talking About Generations? 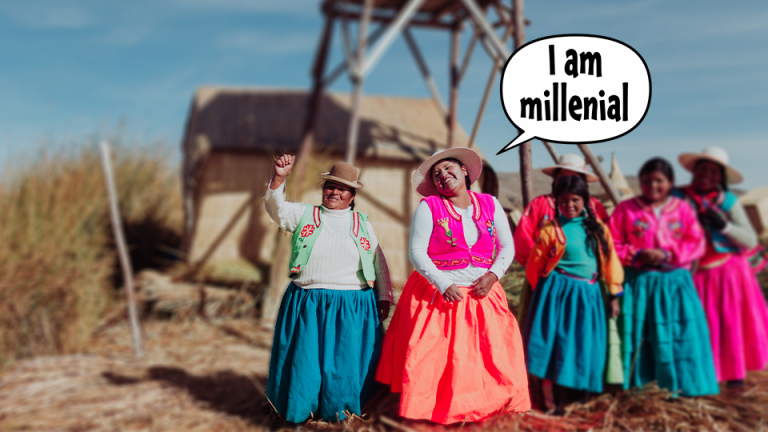 If you were born between 1965 and 1980 you are considered a Gen X. As you might have guessed there isn’t an international commission or crowdsourcing effort to name generations. (Crowdsourcing being a concept born during the Gen X era) It is usually researchers or the media that come up with names to talk about a cohort (according to thoughtco.com  a cohort is a group of people who share an experience or characteristic over time). For economy, you would rather name a cohort in a memorable way such as Gen X rather than referring to it as the 65-80 generation.

Coming after the Baby Boomers, Gen Xers were originally referred to as the Baby Busters. Thankfully for all of us the name did not stick. The term Generation X was first used by photographer Robert Capa describing the generation of the 50’s (Generation X: America’s neglected ‘middle child’, Pew Research. Paul Taylor, George Gao. June 2014) Douglas Coupland recycled the term for his 1991 novel ‘Generation X’. Slowly but surely the novel became a bestseller and the name stuck.

What comes after X? Gen Y was the obvious choice for the generation that followed. But, once again, the name Gen Y did not stick. The term Millennials is attributed to William Strauss and Neil Howe (First appearing in their 2000 book: “Millennials Rising”). Today we identify millennial’s as the first digital generation. The generation of those born between 1980 and 1996.

In the seminal essay Theory of Generations, German Sociologist Karl Mannheim described generations as a group of individuals of similar ages whose members have experienced a noteworthy historical event within a set period of time. He notes that this historical event has to be experienced at a young age. This is important because future events will be interpreted based on those earlier experiences. A generation typically groups people born over a 15 to 20 year span. It is assumed that people born in that period would share similar idiosyncrasies that would differ from other generations; but this is arbitrary and could be totally wrong.

Jean Twenge named the cohort of those born between 1997 to 2012 as the iGen. I think this is a good name but Gen Z appears to be the winner (Which is weird because Gen Y is not widely popular). The latest generation to be named is the Alpha Generation. This is a clear effort to have a new alphabet to work with for future names.

Now, if you were born or live outside of the United States, you already know that these labels mean very little to you or your parents.

At the beginning of the previous century, Mexico was not worried about the First World War, Mexico was in the middle of the civil war known as the Mexican Revolution which ended in 1917. In the 1940s, the greatest historical event was the nationalization of oil and in the 60’s the student movement. In Argentina, the 20th century was plagued by government instability. In this century, the institutions suffered six coups, two of which became dictatorships. Colombia has had a historical political instability (even to this day) that has been linked to income inequality and drug trafficking. These are just a few examples of events in Latin American countries, but it is not necessary to go very deep to realize that each country lives its own history and this history is interpreted differently depending on the level of education and income. It is undeniable that technology is an important force that shapes society and that our parents’ relationship with technology is different from ours. In that sense, the cohorts will have things in common corresponding to age. However, there are other types of attitudes and world-views that correspond to the place where you grew up and were educated. In that sense, you are more likely to have more in common with your parents than someone your own age who lives on another continent.

To better understand the dynamics of any country, it would be advisable to create new segments that recognize their historical events. Also, use these definitions broadly in an effort to enrich the conversation thus, trying to avoid stereotypes. Generations are fluid and there is a lot of overlap between them.

For the first time in recent history there has been an event that affected everyone in the world. I wonder if in the next few years Gen Z’s and/or Alpha’s will be known as the COVID generation.