We will never see this again 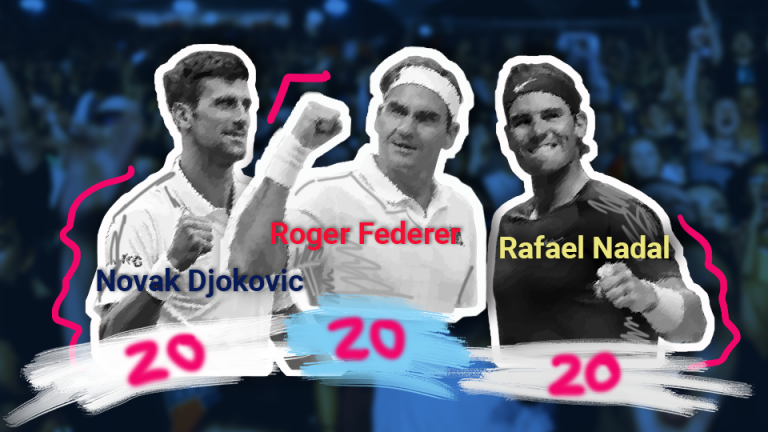 On July 11,  2021 we witnessed a momentous event in the world of professional Tennis. Novak Djokovic from Serbia, won the Wimbledon Championship becoming the third man in history to win twenty Grand Slam titles. What is even more remarkable from an historical point of view is that the three men that accomplished this monumental feat are contemporaneous and, for our own benefit, they are still active players.

The four Majors are the four most important tournaments in Tennis (Australian Open, Wimbledon, Roland Garros and The US Open) It used to be that winning the Grand Slam meant winning all four tournaments. Today, we call each of them a Grand Slam tournament. Winning just one of these prestigious tournaments could be one of the greatest achievements of any tennis player. Winning twenty is just out of this world.

The Australian Open started in 1905, it was the fourth of the Slams to be created. Even though Roland-Garros (A.K.A. The French Open) started in 1891 it was not recognized as a major until 1925. In the beginning, only players who were members of French Tennis clubs were allowed to enter the French Open. It was in 1925 when it was finally open to all international amateur tennis players.

Players rarely shine alone. They need great rivals to push them and propel them to new heights and every generation has had their fair share of memorable rivalries. Bill Tilden from The US was the first player to win 10 Grand Slam Titles. Some of his contemporaries included the group called The Four Musketeers: 4 prominent French players who dominated the sport in the 20’s and 30’s: René Lacoste, who won 7 Grand Slams; Henri Cochet with 7; Jean Borotora, 4; and the doubles specialist Jacques Brugnon win 10 doubles titles.

The 60’s and early 70’s were a golden age for Australian Tennis. At the top of the list of great players were Rod Laver who won 11 grand slams and Roy Emerson who established a new record with 12.  Between the 4 players from Australia (the other two being John Newcombe and Ken Rosewall)  won a staggering 38 titles combined. This was the generation that saw the advent of the Open Era: Up until 1968 only amateur players were allowed to compete in Grand Slam Tournaments. In that year tournaments agreed to also allow professionals.

Björn Borg came close to Roy Emerson’s record of 12. Borg had won 11 Grand Slams by the time he was twenty five years old but, due to burnout, retired one year later. John McEnroe, one of his great rivals, was unable to persuade him to continue. The late 70’s and 80’s was the era of Jimmy Connors (8 Grand Slam titles), John McEnroe (7) and Borg, followed by Ivan Lendl (8), Mats Wilander (6), Stefan Edberg (7) and Boris Becker (6). Records don’t last forever and it was time for the Big Four.

Before the Big Three there were the Big Four: Pete Sampras, Michael Chang, Jim Courier and Andre Agassi were the flag bearers of American Tennis during the last decade of the 20th century. Pete Sampras was the first Tennis player ever to win 14 Grand Slam titles, breaking the previous record held for thirty five years. The Big Four won 27 Grand Slams combined.  Then, a tennis prodigy from Switzerland named Roger Federer would break Sampras record just seven years later. Sampras’ record would be shattered not once but three times in the next two decades.

Roger Federer won his first Grand Slam Title in 2003. Two years later a teenager from Spain, the fierce competitor Rafael Nadal, would win his first Grand Slam. The tally at that moment was Roger 4, Nadal 1. Three years later, the relentless Novak Djokovic won the Australian Open for the first time. These are the Big Three: The most dominant players in tennis history.

From Rogers’s first win at a Grand Slam in September 2003, up until Novak’s win at Wimbledon in July 2021, there have been 72 Grand Slam tournaments held (Wimbledon 2020 was cancelled due to Covid-19). In 23 occasions, the final has been played entirely by members of the Big Three; at least one member has been to the final game in 67 occasions and they have won 89% of these opportunities.

Roger Federer, Rafael Nadal and Novak Djokovic are extraordinary players, arguably the best ever, and it has been a pleasure to watch over the years. Luckily for us they are not over, they are still winning and continue to improve the world of Tennis. But one day, their dominance of more than 18 years will come to an end. Their individual records will last for a long time but not forever. In the future there will come a player that stays longer at number one, wins more medals or wins more Grand Slam titles. It always happens in sports.

One of my favourite quotes from Winnie Pooh is “People say nothing is impossible but I do nothing every day”. To have once again a generation with three players that win 20 or more Grand Slam titles sounds very close to impossible. This has to be one of the hardest records to break.