Trips to Space for Everyone? 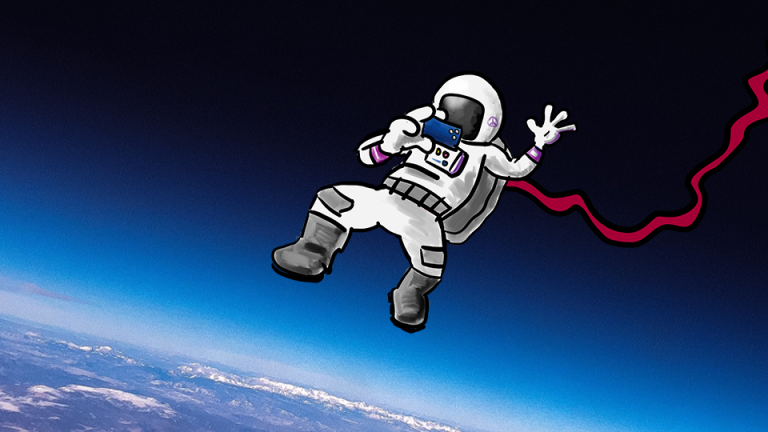 The history of aviation can be seen as old or very old. It depends, of course, on where you want to start, whether from the first kites and hot air balloons of ancient China, the discovery of hydrogen and airships or heavier-than-air machines. Most of us, however, have heard the shortened version of the story. The one that involves two entrepreneurs, owners of a bicycle shop: the Wright brothers. History recognizes them as the first to successfully build and fly a powered airplane. Its momentous flight on December 17, 1903 lasted only a few seconds. However, the conditions were ripe for the rapid development that followed: only ten years later, the first flight of a commercial airline would be scheduled. But we didn’t stop there. In July 1969 we reached the Moon.

In just 66 years, we went from a few seconds off the ground, to being able to fly everywhere, and then to the Moon. And what happened next? Buzz Aldrin’s comments for a 2012 article, MIT Technology Review sums it up: «You promised me colonies on Mars and I got Facebook.» (Buzz Aldrin is one of three astronauts who were part of the Apollo Missions. He is the second man to walk on the Moon).

You could argue that there’s been little to show off in space exploration in the 50 years that have elapsed, especially when compared to the rapid development of the aircraft industry at the beginning of the 20th century. To be fair, at that time you could have been a small shop owner and dedicate your spare time to tinkering with flying machines. Nowadays, entire countries would think twice before committing the kind of resources needed for space exploration. Sending probes to Mars, discovering exoplanets and building space stations are not trivial achievements whatsoever. Yet, they haven’t been able to capture the imagination with the same intensity as the first journeys into space. But things are about to change.

The first space race was initiated by the rivalry between two superpowers in the middle of the Cold War. The second one is the race of the billionaires. Virgin Galactic, SpaceX and Blue Origin are the companies of Richard Branson, Elon Musk and Jeff Bezos respectively. They were inspired by the Apollo missions but they set even bigger goals. Their vision is to make space available to everyone, inspire a new generation of dreamers and eventually, make humans a multiplanetary species. Founded in the 00’s the three companies achieved major breakthroughs in 2021. On July 11, Virgin Galactic became the first private company to launch a non professional astronaut to space. Richard Branson and three other employees flew to the edge of space, experienced weightlessness for about 3 minutes and returned safely to Earth. Jeff Bezos followed suit a few days later. On July 20, Blue Origin flew four people (Jeff Bezos included) past the Kármán line (50 miles up), the somewhat recognized boundary of space. This flight included the first paying customer. Well, the first paying customer of an independent space company. The title of the first ever space tourist belongs to American Entrepreneur Denis Tito. In 2001 he paid $20 million for his 8 day vacation to the international station.

Even though SpaceX was the third sending civilians to space, their mission was more audacious. On September 16, 2021, SpaceX launched Inspiration4, the first all-civilian crew to space. The 4 non-professional astronauts orbited 360 miles above the Earth for four days. The objective of the mission was to study the human body in space and raise $200M for St. Jude Children’s Research Hospital. With a lot of ingenuity, money and bravado, these companies have redefined, in less than 20 years, what looked like a dying industry. It is hard not to feel excited about the next 20 years.

A curious heuristic attributed to Google’s chief economist Varian Hal and known today as the Varian Rule states that “A simple way to forecast the future is to look at what rich people have today; middle income people will have something equivalent in 10 years, and poor people, will have it in an additional decade”.