Tokyo Olympics 2020: Metaphysics in times of the Pandemic 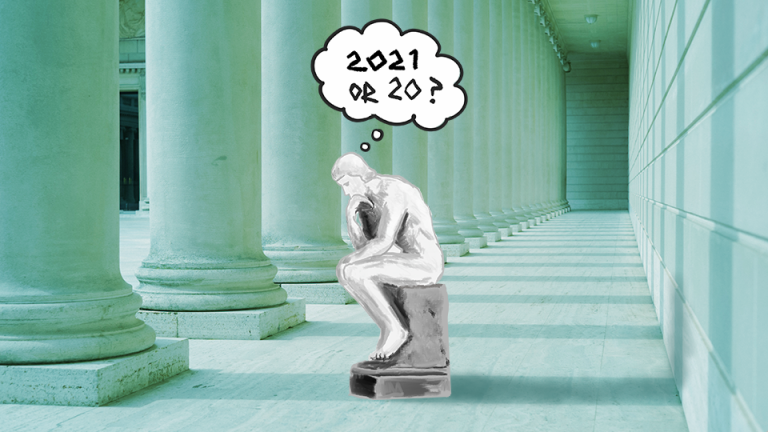 I have a trivia question for you: In what year were the Tokyo 2020 Olympics held?

In February 2020 I was in Acapulco enjoying tennis at the Abierto Mexicano Telcel. As we were heading back to Toronto, we saw at the airport a somewhat overwhelmed John Isner. I asked for a photo and he stared at me with a face that said “sorry man, this is not the best moment”. He was checking in and was carrying his young daughter in his arms. Fans can be obnoxious, I thought. The day before, John had lost to Taylor Fritz in the semifinal.

He might be heading to Miami, I told my wife. He always does well at the Miami Open, he won the event in 2018 and reached the final the following year. I was thinking the extra days before the open would be beneficial for him. A few days later, the Miami Open became one of the first major sporting events to be cancelled. Of course it was not the only one. As concerns about COVID19 grew across the globe all sorts of events were cancelled or postponed. It was only natural, with the benefit of hindsight, that the Olympic games were going to follow suit.

The Canada Open (formerly known as The Rogers Cup) is the second oldest tennis tournament in the world (Wimbledon is the oldest). It is an annual tournament that started in 1881, it is hosted in two cities: Toronto and Montreal. There is a unique and brilliant arrangement between the cities: In odd-numbered years, the men’s competition is held in Toronto and women’s competition in Montreal; the next year, they switch. In 2021 a new arrangement could have changed all this. A third city was entering the mix and it wasn’t in Canada.

As the COVID pandemic refused to subside in Ontario, the tournament was, for the second year in a row, at risk of being cancelled. For this reason, the organizers were looking for alternatives. They approached the US Tennis association to find a suitable US venue for the event. There was a precedent, last year the Cincinnati Open was held in New York where they created a bubble to host two events: the Cincinnati Open and then the US Open. This begs the question: could you still call it the Canadian Open if it was held outside of Canada? Can you call it the 2020 Olympics if they are held in a different year?

Princess Margriet Francisca of the Netherlands was born in Canada at the Ottawa Civic Hospital. The Dutch Royal family had gone into exile when the Netherlands was occupied by the Nazis. The maternity ward of the hospital was temporarily proclaimed, by the Canadian Government, to be extraterritorial. This meant that Princess Margriet would have full Dutch citizenship.

Have you heard about the Ship of Theseus? It is an ancient (circa, 500 BCE) thought experiment that addresses the problem of identity. The hero Theseus returned from war and his ship was kept as a museum. As the years went by some of the wooden parts began to rot and were replaced by new ones. This happened many times and eventually, every part had been replaced. The question then is whether the «restored» ship is still the same object as the original. If you said yes, it is the same ship, what would happen if all the original pieces were stored and later on reassembled into a ship. Which one would you say is the original?

One possible solution to the problem comes from cognitive sciences: The Ship should not be considered a thing, not even a collection of individual things, but rather an organization, a concept that has continuity over time. When we think of the Ship of Theseus we are thinking about an organizational structure. We have expectations about components, how they interact with themselves and their interactions with the wider world. As long as there is a time and space continuity between this set of interactions we could say it is the ship of Theseus. Easy right? It gets more complicated. Following this argument, the discarded and reassembled pieces are not considered the ship because the time/space continuity was interrupted.

From a metaphysical perspective we could argue that Princess Margriet was not born in Canada; however, it is hard not to consider her Canadian. Conversely, it would have been really hard to see The Canadian Open as Canadian if it was hosted in another country, even if the time-space continuity was maintained. In the case of the Tokyo 2020 Olympics, we could argue that everything remained almost the same, perhaps just a typo in the event’s name. Let’s just laugh about it and not incur the monumental cost of changing banners, signage, medals not to mention souvenirs, parafernalia and every other printed and digital piece of content needed for the event.

If you add bacon to your Big Mac, could you still call it a Big Mac? Let’s not forget what the philosopher FH Bradley told us: “Metaphysics is the finding of bad reasons for what we believe on instinct.”