Thinking about Thinking: 5 Books to Change the Way you Think 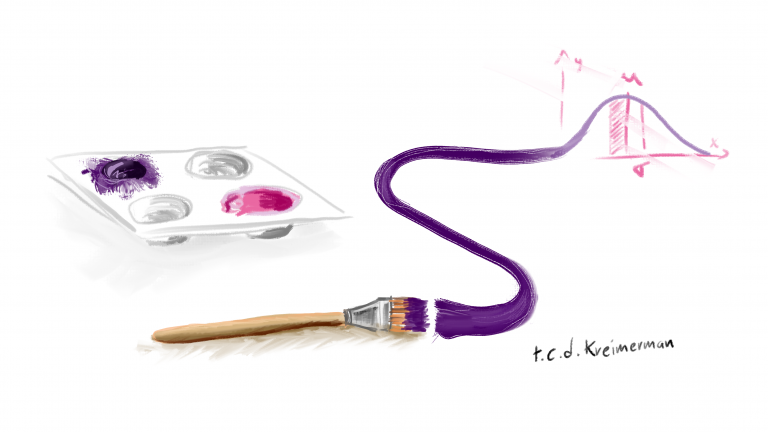 1. Think Like an Artist. And Lead a More Creative, Productive Life. By Will Gompertz.

What comes first? Becoming an artist and then thinking like one or, thinking like an artist and expect that the artistic forces will follow? Do you really need to look the part to be the part? Well, not necessarily but, if you subscribe to the idea that action comes before inspiration this book will be a valuable guide.  According to Will Gompertz, you can learn from artists not just through their art but also through their process of creation. In this book, he distills this process into an actionable decalogue anyone can implement. You don’t have to be an artist to start thinking like one. The things that you’d learn here would be applicable to any aspect of your life.

2. Think Like a Freak. By Stephen Dubner and Steve Levitt.

If you have never heard of Freakonomics you may be thinking: Why would I want to think like a freak? Freakonomics was published in 2005 by the same authors. It was a collection of studies that solved unconventional questions: Does your name influence your success in life? Why do drug dealers still live with their mothers? And, What Do Schoolteachers and Sumo Wrestlers Have in Common? amongst many others. The book was a tremendous success that generated a plethora of new questions. If a problem exists today, there is a good chance many people have tried to solve it. “Easy problems evaporate; the hard ones linger” suggest the authors. Think Like a Freak is the author’s attempt to empower us to think differently. A body of research suggests that we tend to seek out evidence that confirms what we already think; but, when you think like a freak, you keep your childlike curiosity, you are not afraid to ask questions, you let the data do the talking and you are open to rethink what you think you know.

This book is like meeting your heroes and not being disappointed. If you have read anything lately that is mildly related to the field of psychology or economics, chances are you have heard about Daniel Kahneman and Amos Tversky. Their research in the psychology of decision-making, cognitive biases and handling of risk led to the creation of a new discipline: behavioural economics. For their work, Kahneman received the Nobel prize in economics in 2002, six years after Tversky passed (the Nobel prize is not awarded posthumously). The initial premise of the book is that there are two systems that govern how we think. One is fast, automatic and highly influenced by our emotions and surroundings. This is the one that we use the most because it requires less energy. The second system is less emotional and more logical. It forces us to pause and reflect upon the decision we are about to make; hence, it is slower. The book is a window into our mind, it makes you realize that we are less rational than what we might think. It is so revealing that you are going to want to read it fast; however, the rich reflections that it invites will make you read it slowly.

Have you ever considered becoming a monk? To be honest, neither have I. Fortunately for all of us there is Jay Shetty, a business professional born in London, who became a Buddhist monk in India, returned to London after three years, became a coach, thought leader, media sensation and best selling author. After reading the premise I was expecting an adventure, a hero journey, an exploration of the circumstances that led to his unfathomable decision of becoming a monk. In the book Jay Shetty urges us to let go, to live without attachments to material things. Monks let go of all possessions yet they live happier lives. I was trying to think like a monk, but couldn’t let go of the thought that I would have wanted to know more about his life. In my opinion, it would have made it a more memorable book. Think Like a Monk, is a practical guide to increase our self – awareness, face our fears and live a life of service. This is the surest path to a fulfilled life, a happier life.

5. Thinking Better. The Art of the Shortcut in Math and in Life. By Marcus du Sautoy.

Here is a little math test for you. How fast can you add the numbers from 1 to 100? Could you do it in less than a minute? Marcus du Sautoy was inspired by the book Thinking Fast and Slow described earlier. Being a fan of Frederick Gauss and a mathematician himself, he believes math allows us to do things faster and less error prone by helping us avoid some of the pitfalls our automatic system lays for us. To add all the numbers from 1 to a 100 you could add 1 plus 2 plus 3 and so on until you get to a 100. As narrated in the book, Gauss surprised his teacher by finding another way: If he added the first and last numbers (100+1) the result was 101. Then, if he continued pairing numbers from the extremes to the middle of the list, the sum of every pair was always 101 (99+2, 98+3, etc.) He realized there were 50 pairs of numbers; so, he only needed to multiply 101 times 50 to get to the result of 5,050. Thinking better is a celebration of math and the joy it brings to life (as I mentioned, he is a mathematician). Math is the ultimate shortcut allowing us to be more efficient in our decisions; in other words, to think better.

Also you can read: Ideas want to be free