The longest street in the world? 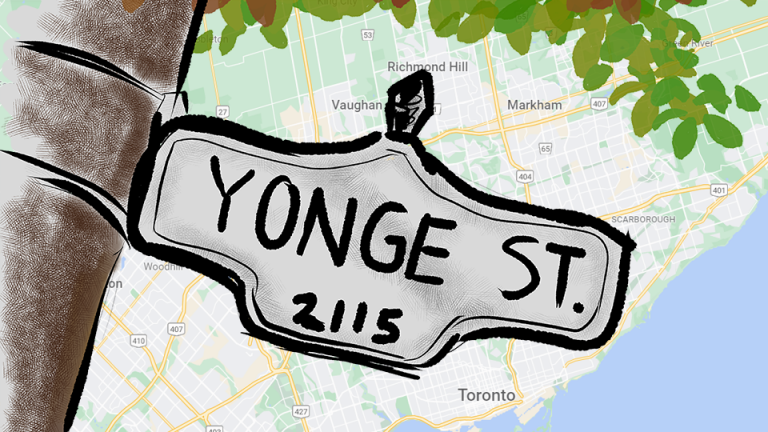 Do you know what the longest street in the world is? Here’s a clue, it’s not Yonge Street.

The first thing you’ll probably do after seeing this is search online for «what is the longest street in the world» and the first result you’ll see is, well; Yonge Street. However, as you may already know, mistakes are often made, and wrong information is published (you can also doubt this article if you want). In the case of Yonge Street, the myth of being the longest street took hold because until 1998 it was included in the Guinness Book of Records. I, as a proud Torontonian, wanted to verify for myself how long it was. Could you run or bike the full distance of Yonge Street?

My first approach was to look at Yonge Street on Google Maps. Toronto’s oldest and most famous street begins at the Harbourfront, at 28 Queens Quay West, at Captain Jon’s Pier. It then goes north through several townships and divides the city into east and west (street numbering begins in Yonge). When you get to Morning Sideroad in Newmarket two things happen: if you go straight Yonge is no longer Yonge, it becomes Highway 11 but if you want to stay on Yonge Street you have to turn right. Assuming you turn right, you will come to a fork and once again have to decide between taking Yonge Street or Old Yonge Street. Regardless of which one you follow, they both converge at the same point a few kilometers later. This section of Yonge is cut off at the Queensville Slide Road. To resume the course, you must turn left and the first to the right. Just a few kilometers further north, Yonge Street finally comes to an end at number 2115. Approximate distance: 60 km.

At this point in my research I learned that the total distance from Yonge Street, the one in the record books, was 1,896 km (1,178 miles), not the mere 60 km I calculated. On the other hand, the length from Harbourfront to the point where Yonge Street becomes Highway 11, is 56 km. From then on it is no longer called Yonge Street, so why continue to measure it as a single unit? One answer that comes to mind, without going into metaphysical realms, is that if you found yourself driving down Yonge Street without paying attention to the name, you would end up on Highway 11 without realizing it. Highway 11 continues straight, but turns east until it becomes Bridge St, then Holland St, and finally County Rd 88. The distance from Harbourfront to this point is approximately 62 km. I did not investigate further trying to get to 1,896 km because at this point it was clear to me that we were not talking about the same street. Too many name changes, too many forks, and too many changes between street, highway, and county road. It seemed to me that talking about streets did not make much sense and it was best to talk only about paved roads. Well, the longest road according to the Guinness Book of Records is the Pan-American Highway; approximate length 30,000 km (18,640 miles). This one also has its bit of controversy but that is another story.

Also you can read: NFT’s might be the future of art