The art behind the CN tower 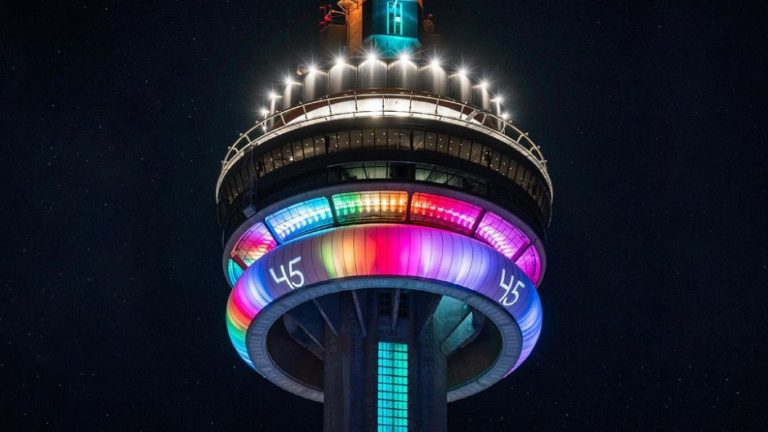 Don’t get confused, as we are talking specifically about the engineering definition of a tower. Do you know what distinguishes a tower from other kinds of buildings? Let’s find out the art behind the CN Tower in Toronto ON.

Of course, there are taller buildings which we are excluding, the building needs to cover some characteristics to fit in the name of a tower. For example, the towers should always be taller than wide and they may be accessible to humans but not for living or office purposes. It needs to be self-support and freestanding which means there should not be cables to support the weight of the tower. Even if it’s built for telecommunications, it should not be confused with a radio-tv mast.

Firstly let’s talk about the architectural design and how John Andrews and his team nailed every single element in the tower. They didn’t build a tower for their present, they knew they were creating art for the future. The CN Tower has been denominated the most elegant tower in the world and also has been called 1 of the 7 wonders of the modern world by the American Society and Civil Engineerings.

The construction of the tower started in 1973 and opened to the public in June 1976. It has 1776 steps and 11 elevators. The structure starts from the base with metal anchors which support the 3 wings in a “Y” design  souled by tension cables. These wings are also tapering till the 330 m. and the concrete goes higher to the 450 after this the tower is topped by a 100 m steel mast which gives us 553 m of highest. There is no doubt that just the architecture of the tower is an art. But now the Canada Lands Company is in charge of managing the Tower on behalf of the federal government and since they took over in 1995 they have tried to incorporate different elements into the tower to make it more like a tourist destination.

When you visit the CN Tower, you can visit the sky pod which is the highest observation platform on the west side of the world (447 m).

Then we have the edge walk since 2011 where you can have this experience like no other in the world. You will be walking on the main point of the tower (356 m).

Then you can have a culinary experience with the 360 degrees restaurant, in a loop of 72 minutes you will be able to see every angle of Toronto. (351)

And just under 5 m is located at the observatory level with thermochromic glass windows you will be able to take the best pictures any minute of the day (346 m).

The CN Tower “the spring is here” photo by @thephotographer052

And my favourite addition, which personally I think is more artistic and can have more impact on society, is the intelligent LED illumination system with each microprocessor that can create 16.7 million colours, resulting in an eye-catching interaction with humans around the CN tower. This technology has been used to reflect and celebrate any important day in Canada.

In conclusion, I think the CN Tower is a great piece of art by itself but honestly, with the number of people who visit the tower per year, it can have much more interaction with society. I am dreaming of the day when the tower will host a gallery of the best pictures about it, perhaps even documentaries from people to people some art canvas, etc. sadly the tower anchor was made to last 300 years, and nowadays there is no technology to exchange those, that means the tower will last till 2273.

Maybe could interest you: The art in Canada and how to take advantage of that