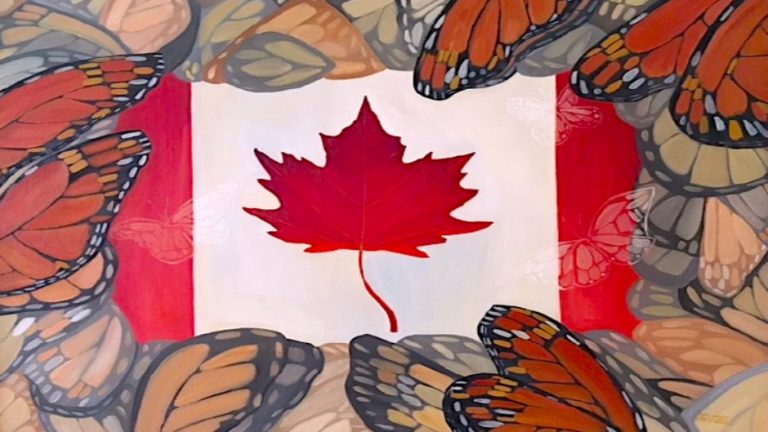 On Canada Day, I think back to the journey from my Mexico City Tonatiuh sun, and arrival at Pearson International Airport during a mighty snow storm in 1961. I was welcomed to Canada by an immigration officer who gave me a landed immigrant status ID card. This was the beginning of a new life with Wyman James Merrifield, my handsome Canadian husband, the love of my life.

During the following years, I would learn about Canadians. Their generous spirit and rich tradition of volunteering time and knowledge in service of the community we all live in, a beautiful concept known as “tequio” in the Indigenous communities in Mexico. Their organizational skills and their genuine, firm but gentle approach to all things.

I think about times of change, when amidst controversy, the Social Health System benefiting everyone in today’s Canada and introduced in Saskatchewan by Tommy Douglas, would be adopted by all provinces. The Union Jack was replaced by a red maple leaf as Canada’s national flag and national identity icon. Times when the Indigenous people were reclaiming their rightful place as First Nations, French Canadians would remind us once more that Canada has two official languages, human rights would be embraced, and a good looking, intellectual leader named Pierre Elliot Trudeau, would lead us to become a global example of a multicultural society. But, that first day in Canada, during the drive north to Sudbury, Ontario, through what seemed to be a never ending image of snow covered forests, that was love at first sight.

On Canada Day, I reflect on it’s unique capacity to embrace all cultures and all voices and its resilience and togetherness in times of uncertainty such as we are experiencing today. I think of its vast land and majestic forest cathedrals of Canada as I see them, the 250,000 sweet water lakes in Ontario alone, five of which are like seas. I think about the joy of picking wild blueberries in Northern Ontario with our four children and about the beautiful image of the migratory Monarch butterfly path that bridges my two habitats.

I think about how my love of drawing from nature, led me to explore the wonders of Manitoulin Island, the shoreline of the formidable body of water that makes up Lake Superior and the golden land we know as the Yukon.

I think about the Canadian First Nations whose presence confirms a very old and rich Canadian history and with whom I connected instantly, as they also discovered and inhabit Mexico and all the Americas.

I think about the contribution to Canada by so many of the world’s peoples, by Mexican Canadians and Mexican migrant workers who leave families and country sometimes risking their own lives, to work hard in the fields of Canada bringing food to our tables.

I think of Canadians’ love of nature, the art of gardening, and the tradition of landscape painting through artists such as: Thomson, Milne, Kenojuak, Morriseau, Carr and Carl Beam.

It comes as no surprise then, that the beautiful minimalist design of the Canadian flag, features the sole image of a red maple leaf as a patriotic icon, an icon that signifies true Canadianess. It alludes to nature as does the small red poppy flower, another icon in the collective imagery of Canadians.

The red maple leaf, resonates with the simple elegance characteristic of the Canadian personality, and with the layers of natural and cultural history of the land itself as the source of national identity, this great nation we call Canada, the land that carries the scent of sweet grass.