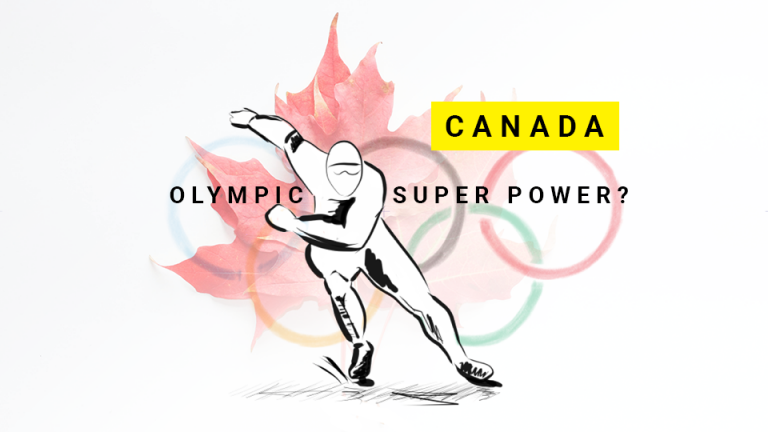 As of today (Feb 17, 2022) Canada has won 4 Gold, 6 Silver and 12 Bronze medals for a total of 22 at the current Beijing Olympics 2022. The gold medal ranking places the Canadian Olympic team in 11th place. This ranking is based solely on the number of gold medals, the other two are taken into account only as a tie-breaker. The leader Norway has 14 Gold medals followed by Germany with 10, and the United States with 8. With only three days of competition remaining, it feels that there aren’t many opportunities for Canada to improve their medal tally but anything could happen in the last days.

The Winter Olympic Games started in 1924, in Chamonix, France. Canada has participated in all 24 events winning at least one medal in each one of them; yet, it wasn’t until the 1994 games at Lillehammer, Norway; that Canada was able to surpass the 10 medal mark. At those Olympics, Canada won 3 Gold medals and finished in 13th place overall. Since then, Canada has made steady progress reaching its peak at its home event in Vancouver 2010. At those games Canada won a mind blowing 26 medals including 14 Golds and achieved the number one ranking.

If Canada ends the Beijing Olympics with only 4 gold medals that would feel like a set back: only slightly better than what was achieved 28 years ago. But there is a silver lining, back in 1994 Canada won 13 medals in total, the current count is 22. Since Torino in 2006, Canada has won more than 20 medals of any metal in each of the following games. Canada became an Olympic super contender in 1998, it was the first time in recent history that Canada finished in the top 5. At this moment Canada might be in 11th place but this could change as we approach the finish line.

Canada might not be the top nation when it comes to the Winter Olympic Games but it is always a contender. However, when it comes to ice hockey Canada is the ultimate super power. Canada has won a total of 14 Gold medals (men and women combined) followed by Russia (Soviet Union, ROC and Unified Team) with 9. If there is an event that Canadians feel obliged to win is ice hockey. Women did their part in this Olympic games winning in the final, 3-2 against the US. They did it with a perfect olympic run of 7 wins. It has been lucky 7 for Canada: Women’s Ice Hockey started as an Olympic event in Nagano in1998, of the 7 times that it has been played Canada has been in the final in all 7 occasions winning 5 of them. The final has been against the US on 6 occasions and once against Sweden. Winning Gold in men’s hockey would have been the perfect ending for the games but winning another Gold in hockey would have to wait for the next Olympics, Sweden ousted Canada in the quarter finals winning 2-0 and now is up against ROC (Russian Olympic Committee). Even if Canada is not able to win any more events in the next couple of days, winning more than 20 medals will always be a great achievement.

Maybe you should read: 3 books to Start Loving your Fellow Robot