Change to stay the same 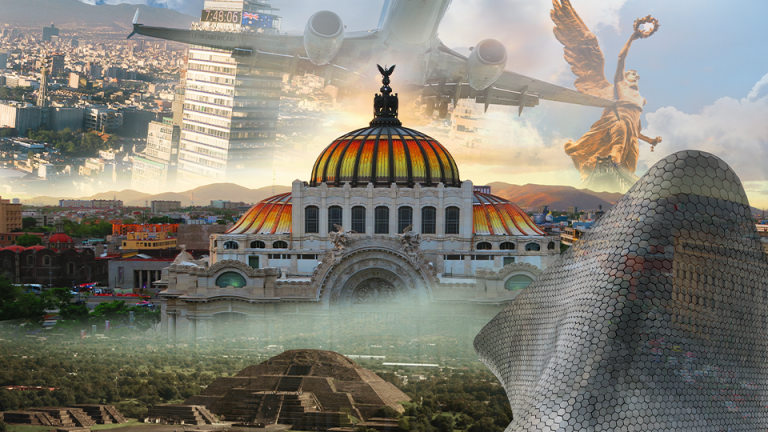 After almost two years without traveling we were able to fly to Mexico for the holidays. We were already in Mexico City when we heard the latest recommendations from the Canadian Government of avoiding all non-essential travel outside the country. It would have been really sad if we had had to postpone our trip yet another time.

The possibility of traveling again was exciting but going back to an airport in the middle of a health crisis felt a bit adventurous.

We are fully vaccinated and we followed the protocols but there is always some uncertainty; however, this was worth experiencing even though we weren’t certain what to expect. We were lucky that we were able to take our flight as scheduled, enjoy our stay in Mexico and come back to Canada safely.

Focusing exclusively on our Airline experience I noticed that some things are better, others worse but there is room for optimism as the positives outweigh the negatives. With all the restrictions for movement of people, travel in general has been deeply affected. Because of this airlines are tweaking their services here and there but I was hoping for a radical redesign of the entire airline experience.

Some things that could be better, way better.

Today the price of your ticket still varies based on your browsing history and the day of the week you happen to be buying. It could still vary if you are buying more than one ticket and couldn’t complete the process in the same transaction. This is probably my biggest pet peeve but not the only one.

Please make it easier to talk to a human.

We chose Air Canada because AC offers a direct flight to Mexico City. This was important because we were flying with our dog, at least that was our intention, and, since she is big for the cabin she has to go in the cargo. We didn’t want her to go through the extra stress of layovers and changing flights inside a crate. You probably knew that your dog needed a ticket to fly. What I didn’t know was that you cannot buy the ticket online, you need to talk to an agent but talking to an agent is almost impossible. The process took about three hours. Finding someone was hard, then going through the list of requirements was really long and when I felt that we were about to finish, the agent found out about a restriction that forbade all travel with pets between Canada and Mexico during the holidays. One clear sentence in the website issuing the tickets could have saved me and the agent three hours of our precious time.

Some extra charges make sense, others feel like airlines are nickel-and-diming.

If I chose not to travel light it is reasonable to pay for the extra piece(s) of luggage I am bringing. If I chose to bring my own food, it is perfectly fine not to pay for the food offered aboard; and If I want extra leg room and get on the plane first, it is reasonable to pay for a first class ticket. However, paying a surcharge to get your seats assigned feels wrong. Why? because it is not adding value: It doesn’t cost anyone more to assign your seat; the airline had to remove something from their original process and then add a surcharge to bring it back. But it gets more annoying: if you don’t pay, the airline will assign your seats anyway but you could end up in a situation where all the people you are flying with get different rows. Rest assured that there won’t be special treatment if you are flying with children.

Some things are considerably better.

Flying during a pandemic is challenging: there are new requirements that vary based on your destination, they are time sensitive and they can change at any moment. Nonetheless, the emails I received from Air Canada directed me to the right information, their links were up to date and most important, I felt I had all the information I needed to complete my trip safely. We arrived at Pearson Airport more than three hours before our flight and it was already busy; however, we found an empty kiosk right away and it worked like a charm. The entire check in process (luggage drop off included) took mere minutes. It was a pleasant surprise to start off on our vacation.

Being able to travel once again was marvelous. Even though the airline-airport experience was not the radical change I had hoped for, all in all the balance was positive. I would like to think we are moving in the right direction and airlines and authorities are working hard thinking about the users and finding ways to make the entire experience more enjoyable.