7 art disciplines and their best representation in Canada 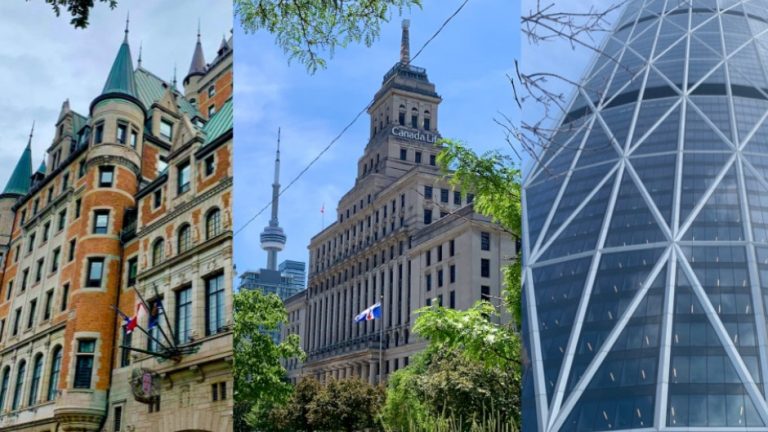 We should know that there are different ways to split the art disciplines but this time we are talking about from the perspective of Fine Arts and what makes them different from the arts. Fine arts are created and evaluated based on aesthetics and beauty, whereas Arts have aesthetics and functionality at the same time with equal importance.

Many times some people talk about Cinema, Film, and photography as a part of the fine arts, but that is a more contemporary perspective and if we go by that road, these disciplines will be in the group of visual arts, which have their specific characteristics.

Well, let’s do it. Let’s see what Canadian lands have to offer to the world in the arts.

Credits of PIctures to read from up to down and left to right.

This time I just want to talk about this painting because for me it reflects the whole Canadian culture and history, a very ambitious perception of the artist taking as a medium the oil on canvas trying to share his concerns. In just one painting We can see the pain of natives, we can see the injustice of the moment, and perhaps we can understand why the Indigenous people don’t identify themself as Canadians. As in everywhere in the world, colonialism is a period that reflects the atrocity of foreign people taking control of the locals, stealing, and spotting economically and physically the nations and the humans.

Canada is a country where the good economical situation allows us to see sculptures everywhere in the cities. In Toronto, Montreal, Calgary, and Vancouver you can see sculptures on almost every corner. If you want to see art you don’t have to spend a penny in Canada. So let’s go and take advantage of that.

With these 3 different buildings from different periods of Canadian history, we can see how the infrastructure and technology have been changing in Canada. In the first one, we can see the French Renaissance style, typical in France between the XV-XVII century. Showing us the strong influence of the first emigrants to Canada.

The second, a survivor of the period of the dirty thirties in Canada, reflects the industrial design, with smooth surfaces and rounded columns. This period is also known by the name  “Modern” when the idea was to build new forms of expression and stimulate society with new architecture and ideals.

The last building with the sky reflections shows when society is no longer impressed by concrete and starts to worry about the environmental situation. They have enough awareness to see the visual pollution that concrete skyscrapers have created. This kind of architecture tries to have less visual impact and tries to go with the ecosystem around the city.

Despite the fact that there are many well know and claim Canadian poets, this time I want to focus on the work of Charles G.D. Roberts. (1860-1943) – considered as the father of Canadian poetry. He wrote and published several books and some of his most recognized works are: “Songs of the Common Day” “the book of the Rose” “The Iceberg and other poems”

We know that music is by definition the sound created by instruments or vocal notes playing in harmony. When I think about the creators of music, I prefer to think about the individuals rather than the institutions like conservatories or schools even though those places may have an important role in music creation. I believe that who makes the magic happen is a musician/singer. Canada has a lot of well-known singers who created beautiful music but this time let’s talk about Leonard Cohen (1934-2016) from Montreal, Quebec, famous as a singer and songwriter. Of course, you have heard Hallelujah which was created in 1984 and is considered his most popular song.

As a big country full of nature, it is not a surprise that nature is the most written theme in Canadian literature. We can even find topics like humans getting involved in nature,  Improvement of nature, Love, and respect for nature. Some of the most recognized authors are Margaret Atwood, Lucy Maud, Douglas Coupland Yann Martel, and Lisa Moore. Next time you visit the bookstore or library don’t hesitate to find out about these authors and be guided in Canadian culture.

You May know that Canada has no national dance! But don’t take me wrong, there is a lot of dance happening in this country. Firstly we have the Native dance which is one of the richest in cultural tradition and meanings, even though the first nations don’t recognize themselves as Canadians. Then we have classical ballet which has a lot of impact on the Canadian culture and The National Ballet of Canada plays the most important role in that. Then we have some contemporary/modern dance which is growing in the last few years but nothing as in the big cities such as NY, Berlin, or Tel Aviv. And last but not least, we have all the dances from the different countries that the emigrants are bringing from time to time. the Chinese, Indian and Latin dances are the most popular in this specific category.
Canada welcomes every dance and culture and embraces and respects the differences of the dances, traditions as well as creators and interpreters.

Also you can read: The art in Canada and how to take advantage of that